Combining VM and IDC, Chief customized a hybrid cloud solution that is efficient, secure and easy to manage, assisting Bora Pharmaceuticals to build up key ERP and database applications

With Chief Telecom’s hybrid cloud solution, Bora Pharmaceuticals has smoothly accomplished the goal of migrating its core ERP and DB servers to VM and IDC provided by Chief Telecom and successfully connected the two.This has laid an important groundwork for Bora Pharmaceuticals as its plan to become listed in the OTC market requires the company to conform with information security standards and meet compliance obligations, and in the same time Bora Pharmaceutical also reached its own yearly goal of server virtualization.

Po-sung Wu, Manager of IT department of Bora Pharmaceuticals indicated that though Bora Pharmaceuticals had its own on-premise datacenter in the past, it has become essential for them to prepare themselves with more advanced information security protection as well as operational risk management in order to cater to the fast growth of the company. Collocation and server virtualization, after thorough evaluation, have become the best solution for IT department which lacks both resource and manpower to achieve efficiency, security and economic benefits.

Information system, among all the other systems critical for a company’s operation, is especially vulnerable to network or power outage which would cause operational interruptions, and thus has made the availability of network and power the most basic criterium. Owing to the limits of UPS loading at the headquarter along with issues of the lifecycle and depletion of purchased UPS system, Bora Pharmaceuticals has chosen to use collocation in the IDC to be more cost-effective and secure, at the same time avoiding risks of damages to the servers due to the UPS system or unstable AC, abnormal temperature and humidity, or leakage and so on in the on-premise environment.

“Chief Telecom is one of the best IDC service providers in Taiwan, and with TPIX, one of the top two internet eXchange centers here, it has become the hub for international and domestic data exchange. As Bora Pharmaceuticals is moving toward internationalization, the faster, more stable and more secure internet connection provided by Chief Telecom will be very crucial,” said Wu. “Moreover, Chief Telecom is the first Type II telecom provider to obtain ISO 27001 and 27011 certificates, which are the most powerful advocates for Chief Telecom when we were choosing our IDC service provider.”

After thorough evaluation, Bora Pharmaceuticals decided to implement Chief Telecom’s hybrid cloud solution of VM and IDC for their core ERP system. During implementation, the application server of ERP migrated to VM whereas the database server migrated to IDC, and then the two servers were connected.

The whole implementation process can be roughly divided into three phases: evaluation, implementation and test period before going live. And evaluation alone took nearly two months, with Chief Telecom’s project manager holding intensive meetings with Bora Pharmaceuticals to discuss about the details and integration of the system architectures of both parties. As for implementation, it only took two days. And the last and final phase – test period – took at least two weeks to undergo stress tests and stability tests.

“As our VPN bandwidth is only 2Mbps, we were quite worried that the hybrid cloud solution with VM and IDC will use up the bandwidth as all users need the connection. However, we conducted tests and found out there was no such concern,” admitted Wu, “And the efficacy increased substantially after the solution was implemented, which has made our fields sale reps ever more efficient with order processing.”

In fact, the most difficult job of implementation is the connection between VM and IDC, and there were even issues with overlapping of IP blocks. Nevertheless, all difficulties have been solved with the expertise and domain know-how of Chief Telecom’s IDC and VM consulting engineers. 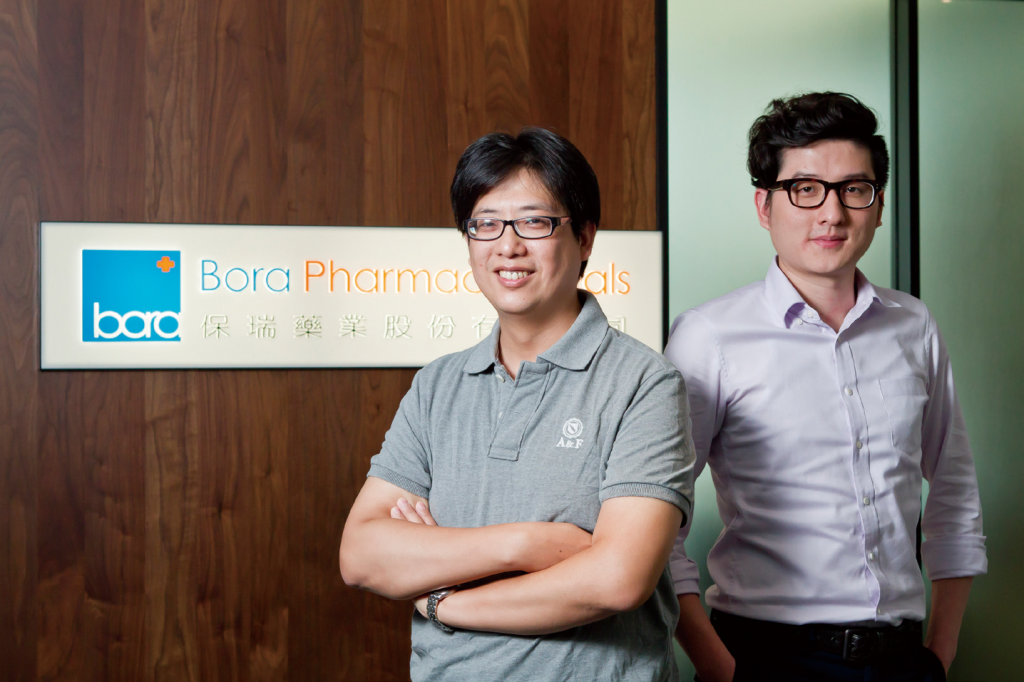 Satisfied, Wu pointed out that the biggest help brought in by the implementation is the great improvement in information security protection and operational risk management, which are able to comply with all kinds of security regulations afterward. As for the biggest difference felt by the whole company, it is no doubt the significant improvement in work efficiency. Since ERP system is the core of operation and is accessed daily, its improvement in performance and efficacy will for sure spur the overall work efficiency and competitiveness. “This is especially true for our field sales reps, as they needed to spend 15 to 30 minutes to finish an order process before and now it only takes 3 minutes. It is a more than tenfold improvement!” Wu commented.

In addition, the burden of IT department is greatly reduced and they no longer have to live under stress and fear. In the past, when Bora Pharmaceuticals deployed their own on-premise datacenter, it took half a day for the whole system to recover if the physical servers went down. On the contrary, it only needs 5 to 10 minutes for the service to be back online now as they changed to Chief Telecom’s VM solution.

The next priority for Bora Pharmaceuticals is to be listed in the OTC market. Therefore, they will pay particular attention to strengthening the integrity and conscientiousness of their information security protection. Besides making the existing DR mechanism between Taipei and Tainan more complete, they will also enhance the DR and backup mechanism focusing on improving VM availability.

With the virtualization of ERP system completed, the next system to be migrated to Chief Telecom’s VM will be the corporate websites. “Currently there are three official websites of ours – Bora Pharmaceuticals, Union Chemical & Pharmaceutical Co. Ltd., and Boost, and we are considering migrating all three to VM environment,” said Wu. “It is the most suitable for web services to use VM solutions, as compared with setting up websites on our own, using Chief Telecom’s VM solution comes with benefits such as attacks from hackers will be blocked, no risk of power outage, and so on. By then, the overall security of our company will be taken to the next level for sure.”